Studies have shown there is a natural range of these front-to-back and back-to-front curves. If either of these curves begin to fall out of the natural range, orthotic management may be considered. The most common condition is referred to as hyperkyphosis, meaning the upper outward sway is larger than it should be. 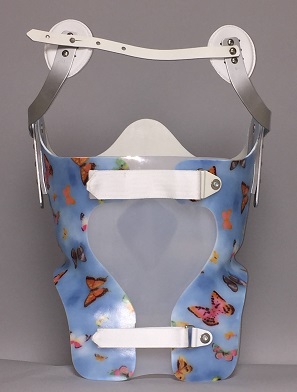 Children diagnosed with Scheuermann's kyphosis may be able to stop the progression of kyphosis by wearing a back brace (thoraco lumbral sacral orthosis, TLSO) while their bones are still growing. When professionally fit and worn for the prescribed time, TLSO braces can be effective at straightening a kyphosis-affected spine and preventing further curvature and related problems.

A study of bracing with a specially designed Kyphologic® brace has shown average in-brace corrections of greater than 15° when wearing it.