When Shayla Singletary learned about the S-curve in her back, it was June of 2016, just three days before her family moved across the country from their home in California to Prince Frederick, Maryland. 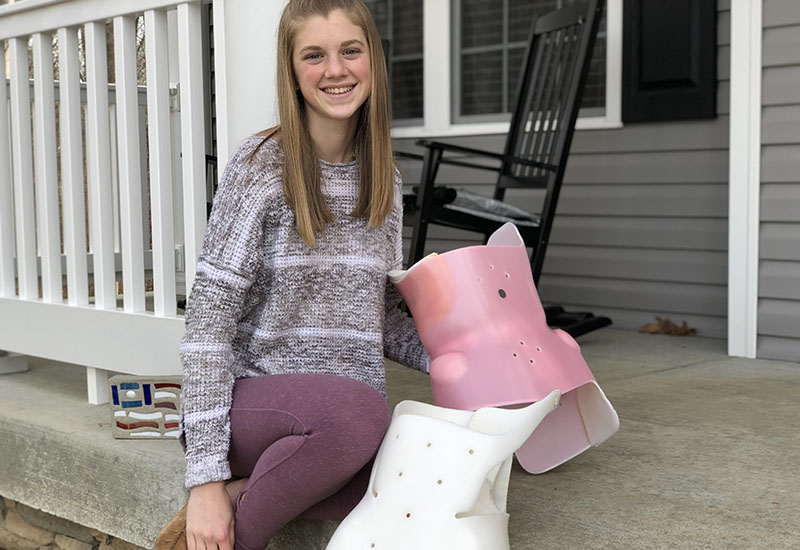 Shayla, who was 13 at the time, says she was already feeling anxious about the move, about settling into a new school and making new friends, so when her pediatrician discovered she had scoliosis, it was difficult to comprehend and accept.

“Honestly, I’d never heard of scoliosis, so I was shocked and really scared,” Shayla says. “I knew I’d have to wear a brace, but I didn't realize how much it would have an affect on me.”

Scoliosis is an abnormal curvature of the spine that typically occurs in children and adolescents during growth spurts. Most cases are mild, requiring regular monitoring with X-rays to see if the curve worsens. Oftentimes no treatment is necessary, however, some children need to wear a brace and others may need surgery.

Because Shayla’s scoliosis had been caught early, there was a possibility bracing could stop the scoliosis from progressing. So, once the Singletarys settled in Maryland, they immediately sought the advice of an orthopedic surgeon at Children’s National, who provided a list of orthotists in their area.

“We picked the orthotist that was closest to us,” says Shayla’s mom Becky Singletary. “It was a disaster. The worst part was when we got the brace, Shayla's eyes filled up with tears. Our idea of what it was going to look like was entirely different.”

The Singletarys didn't realize the brace would have a rigid plastic shell that would cinch tightly around Shayla’s torso from her armpits to below her hips, which meant she’d have to live in leggings, t-shirts and sweatshirts—20 hours a day, seven days a week—for the next year and a half. And to make matters worse, her mom says, the orthotist was not sympathetic.

Not only was the brace bulky and uncomfortable, but it also wasn’t correcting the curvature. The first X-ray showed no signs of improvement. And six weeks later, there was still little progress. 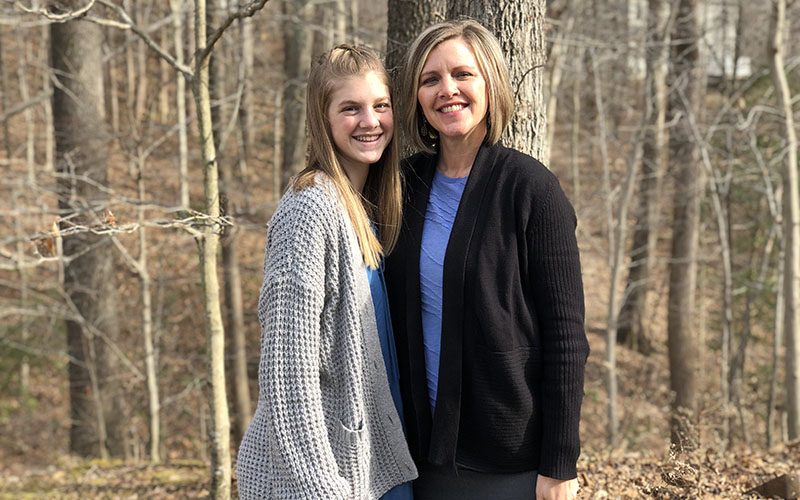 A second opinion, a new brace

In January of 2017, the Singletarys sought out another specialist. Shawn Koehler, CO, who works at the Boston Orthotics & Prosthetics Annapolis clinic, became Shayla’s new orthotist. He fitted Shayla with a Boston Brace 3D®, an improved design with a unique shift/push combination that works to correct the spine in all three planes.

“We decided to use the Boston Brace 3D to get some increased curve correction and possibly improved comfort with the shifting the 3D provides, as well as potentially reducing wear time,” says Koehler.

At first, the new brace was a difficult adjustment for Shayla, because it was stiffer and had less padding than the other brace. Koehler modified it and took the time to help her understand why the brace might be uncomfortable at first and explain how her body would eventually grow accustomed to it.

“Shawn really cared a lot. He wanted to help me through it, not only because it's his job, but also because he cares about his patients and wants them to have the best possible outcome,” says Shayla.

‘It's just a little blip’

Six months later, in December of 2018, Shayla’s doctor informed her that the brace was in fact working to correct her spinal curvature, and she would only have to wear it at night.

“It was the best day ever. I finally felt like I could express myself again and finally be like every other teenage girl.”

Although she would not want to relive the past year and half, Shayla reflects on the experience in a positive light.

“It was hard because I had to change how I dressed. I became more self-conscious about myself. But it got better, because I finally realized no one really cares, and it's not that big a deal—it's just a little blip in your life.”