Catching Up (and Keeping Up) with Charlie 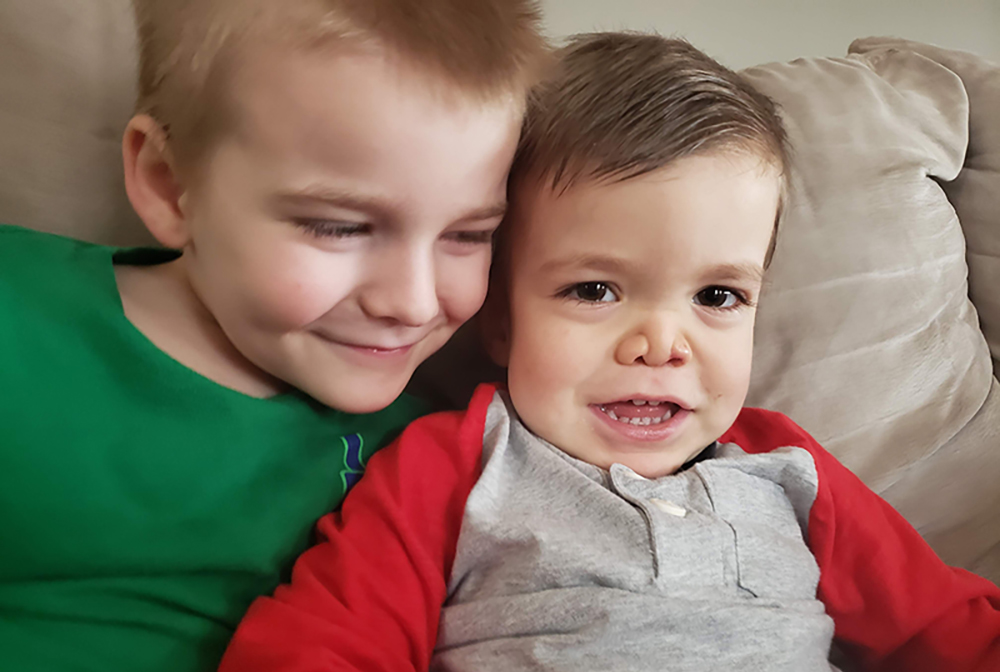 Three-year-old Charlie sits close to his five-year-old brother Noah. It is a rare moment of quiet and calm in the Landvatter’s Amherst, New Hampshire, home and a sharp contrast from more than two years ago when Charlie sat on the same couch unable to move his arms or legs.

“The first time he walked was just incredible, just awesome,” says Karen. “We hoped he would, but we just weren't sure. With Charlie, there are just so many factors that could have prevented him from walking.”

An Uncertain Beginning, a Promising Future

Charlie, was born with X-linked chondrodysplasia punctata 1, known as CDPX1, an extremely rare condition that affects bone and cartilage development. He wasn’t expected to ever leave the hospital. A gastrostomy tube (G-tube) delivered nutrition to his stomach and a brace prevented permanent paralysis.

“When I think back to when he was born, it was a very, very scary time,” says Karen. “We weren't sure he was going to live, and I felt absolutely powerless.”

Today, Charlie still requires a G-tube, but he has long since graduated from his brace—a brace that Karen describes as his saving grace.

“Without the brace, he would not be in a good situation. He would probably be paralyzed, if even alive at this point. I feel like the brace just put his body in the right situation and the right place, so it could heal.” 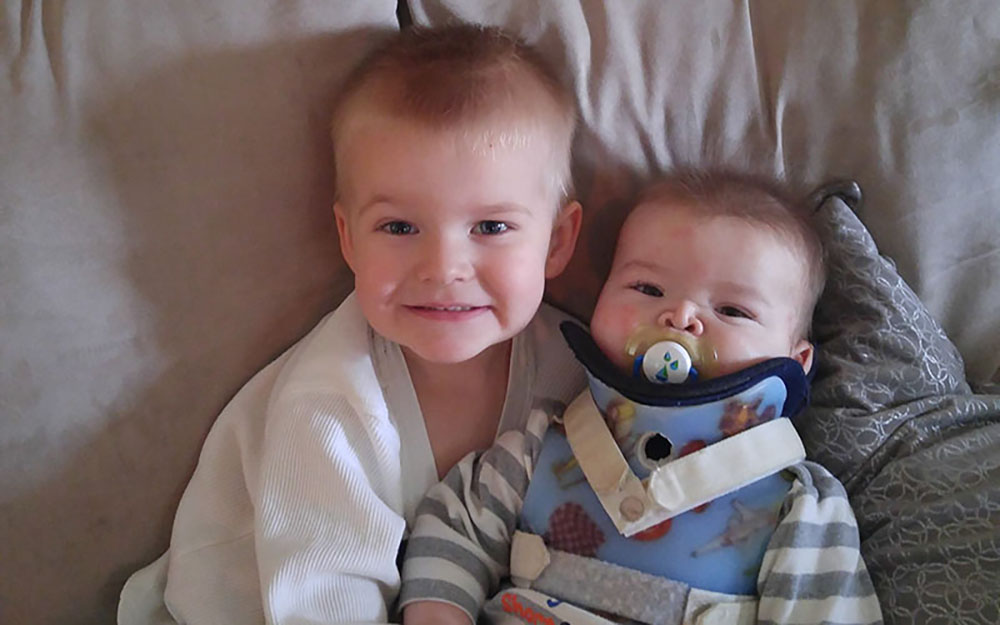 Charlie, wearing his brace, with his big brother Noah in 2016

Boston O&P’s Rusty Miller, CPO, vice president and clinical director of the New England Area Clinics, was Charlie’s orthotist. He fitted Charlie for his first brace and worked closely with doctors from Boston Children’s Hospital every step of the way.

“It was meant to be a temporary fix until he was old enough to undergo surgery,” says Miller. “It ended up providing the stability he needed and allowed the nerves to heal on their own without surgical intervention.” 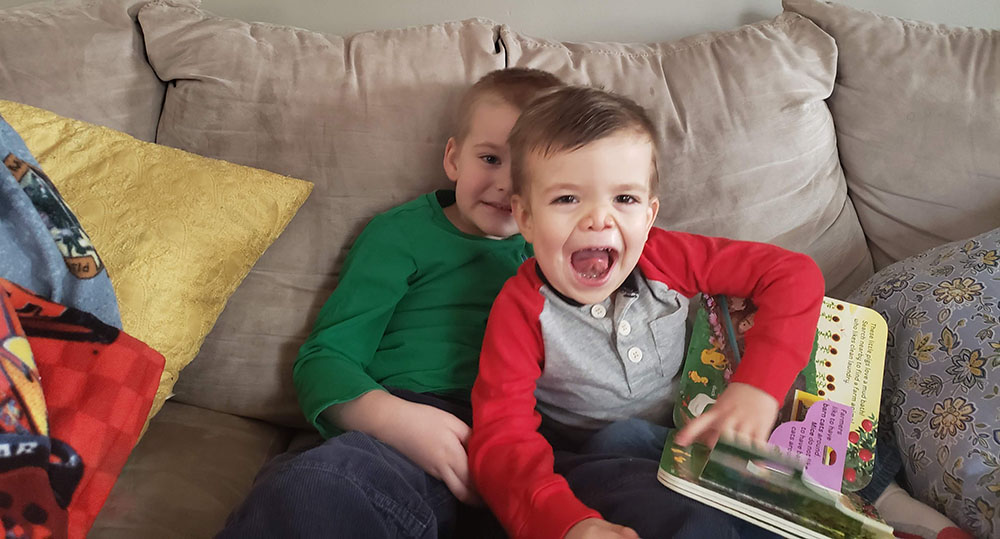 Communicating with Smiles and Signs

Charlie goes to preschool four days a week, where he receives early-intervention services designed to help young children with developmental delays and disabilities. On any given day, he works with either a physical therapist, occupational therapist, speech therapist or a communication therapist.

“We haven't seen much progress as far as communication goes,” says Karen. “I haven’t heard him say mom yet, but we’re getting closer.”

Each night, as the Landvatters prepare for bedtime, Karen and Charlie climb the stairs together, holding hands, counting each one.

“I say, ‘One…two…three…’ as we take each step up. He knows how to count, he just can't form the words, so he makes sounds. It’s his own way of counting.”

Charlie not only uses sounds to communicate, but also sign language, including words like “food” and “eat.” And Karen says he speaks through facial expressions and smiles—lots and lots of smiles.

“I was told he was never going to smile, but oh, how he smiles, all the time! He laughs a lot too. He’s just a happy boy. I can’t believe how far he’s come. I hope he'll go even farther.”