A Corrective Helmet for Sam 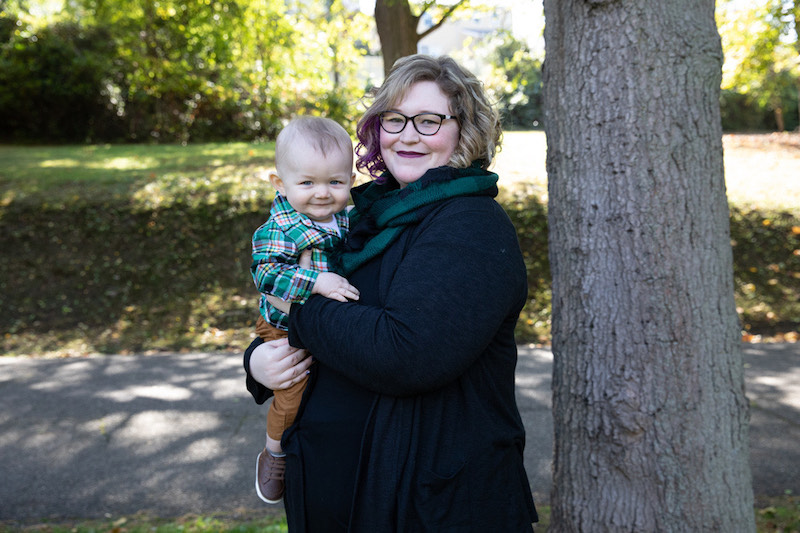 Mary Ott knows a good head (of hair) when she sees one—she’s a hairstylist, after all. Yet, when she visited the pediatrician for her son Sam’s five-month checkup, she was shocked to learn he might have flat head syndrome.

“I didn't really think it was that serious,” says Mary. "I noticed it a little but thought, oh, he’ll be fine. He’ll grow out of it. But the pediatrician insisted I get it checked.”

With plagiocephaly, the head is flattened on one side, causing it to look asymmetrical; with brachycephaly, the back of the head becomes flattened. Sam had both types.

His brachycephaly was severe and his plagiocephaly was moderate to severe. It meant he would need a corrective helmet. 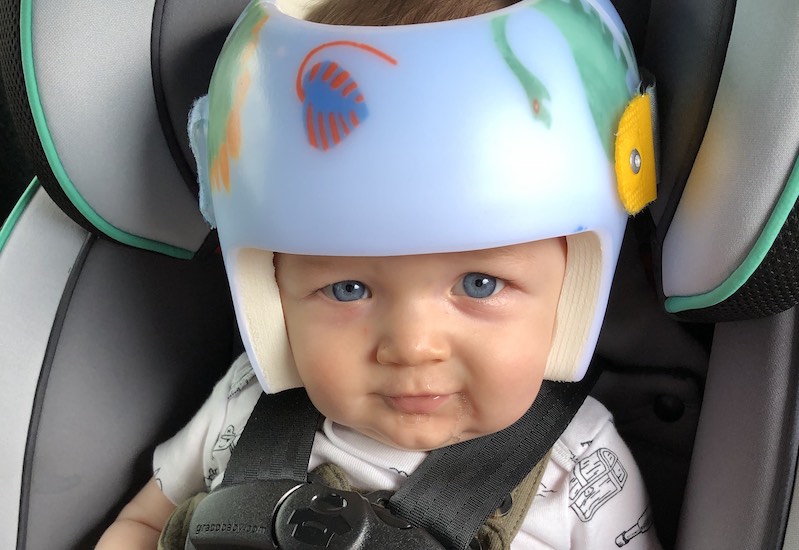 Sam was fitted for a lightweight helmet at Boston O&P of Bridgeville, 45 minutes from the Otts' home in Burgettstown, Pennsylvania. The helmet, called the Boston Band, is made of a plastic shell lined with foam that provides a pathway for an infant’s head to grow into a more symmetrical shape.

“Mary Ott is no different from many parents whose child needs a helmet," says Sarah Cunzolo, COA, CFo, CPed, a certified orthotic assistant at Boston O&P of Bridgeville. “It’s difficult at first, but when they see the initial results in such a short time, they're encouraged to keep going with the treatment.”

Mary thought the helmet would be uncomfortable for Sam. She also found it difficult to snuggle him, and she couldn’t kiss the top of his head like she used to. She considered telling Cunzolo, “We're taking this off.”

“The truth is, it never really bothered Sam,” she says. "It just bothered me. Yet Sarah helped ease my anxiety. She was so reassuring. She even gave me her phone number and told me to text her if I had any questions.”

When Sam went for his two-week follow-up appointment, his head shape was already improving. “It wasn’t much, but there was a difference,” says Mary. “So I said, ‘We’re in. We’re doing this.’” 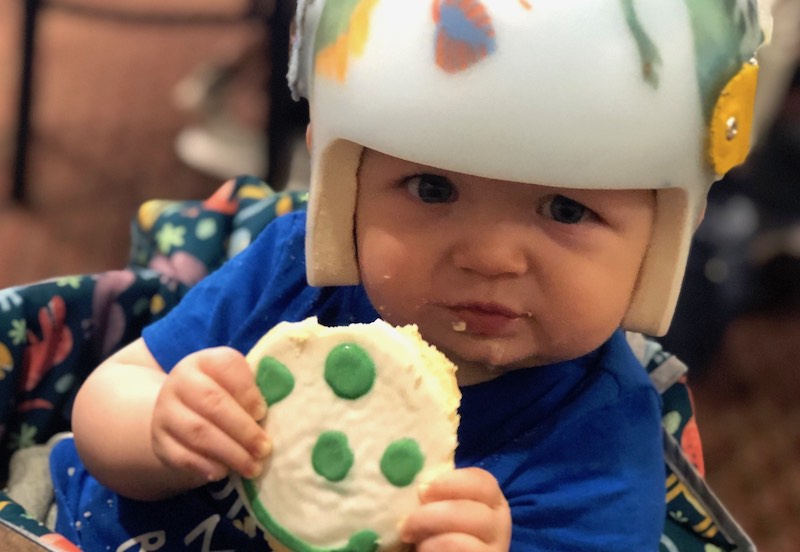 Sam wore the helmet 23 hours a day, every day, for 11 weeks straight. That was all he needed. And now, Mary says, he has “a perfect head.”

“He really did really well with it,” says Mary. “When we would go places people asked a million questions: ‘Does he have something wrong with his skull?’ ‘Is he mentally disabled?’ Crazy things. But I'm glad we went through it, because it opened other people's eyes—and mine too.”

Sam, who is 10 months old now, has started crawling and is trying to walk. “But he can’t,” says his mom. Mary considers putting back on the blue helmet with the dinosaurs for extra protection, just in case he falls, she says. “It’s nice to have, but also good to know he no longer needs it.” 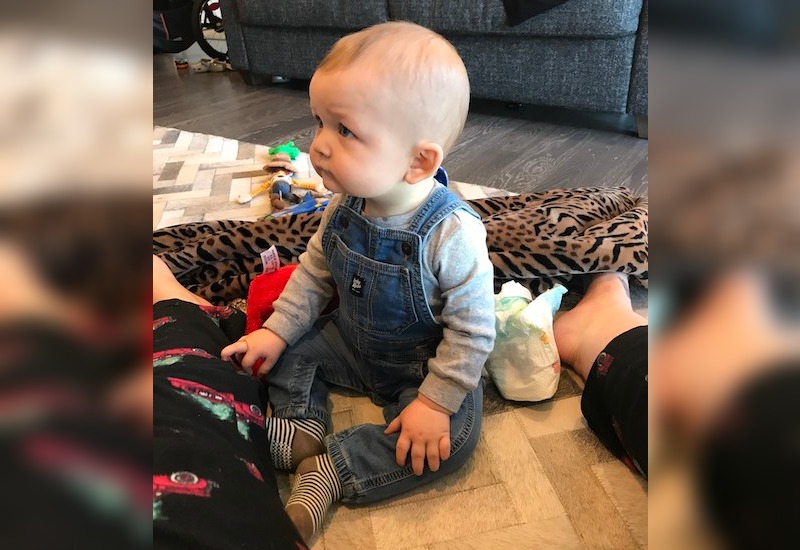 Learn more about the Boston Band.