Boston Orthotics & Prosthetics clinicians are trained to help patients with a wide variety of common conditions, including scoliosis, plagiocephaly, and neuromuscular issues. Often, those conditions are present in combination with a number of other issues, including autism, cerebral palsy, and a wide variety of genetic diseases.

For Boston O&P, providing the best orthotics treatment and fulfilling our mission—Helping Kids One At A Time—means accommodating and working around other underlying, secondary presenting medical conditions that may affect how the patient reacts to treatment, how the patient and the clinician interact, and what types of treatment or bracing the patient requires. Here are some examples of how Boston O&P has treated patients with unusual conditions. 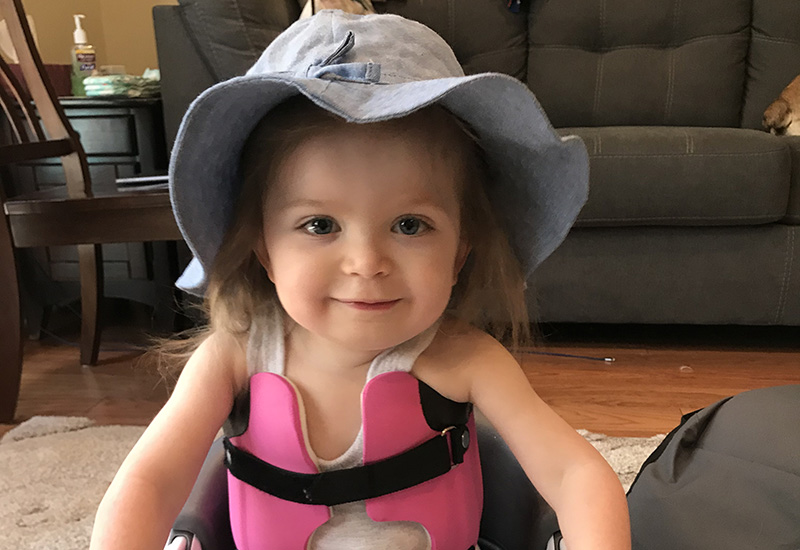 Ava needed a soft spinal orthosis (SSO) and ankle-foot orthoses (AFOs) as a result of her spinal muscular atrophy (SMA) type 1, a genetic disease that causes muscle weakness, including problems swallowing and breathing. Boston O&P provided custom AFOs to help control the position and motion of her ankles and an SSO to provide support for her torso. With the help of her custom orthoses, Ava was able to sit up, and eventually stand. 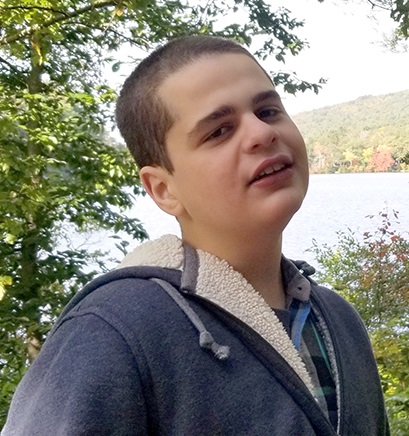 Ethan, who has a severe form of autism and is minimally verbal, was diagnosed with scoliosis and prescribed a scoliosis brace.

When Ethan was fitted for a Boston Brace 3D® at Boston Children’s Hospital, he wasn’t able to converse with his clinician, David Fine, CPO, to let him know whether the brace was comfortable.

That didn’t stop Fine from carefully creating a custom brace, working through each adjustment with precision and patience until Ethan said, “all done!” 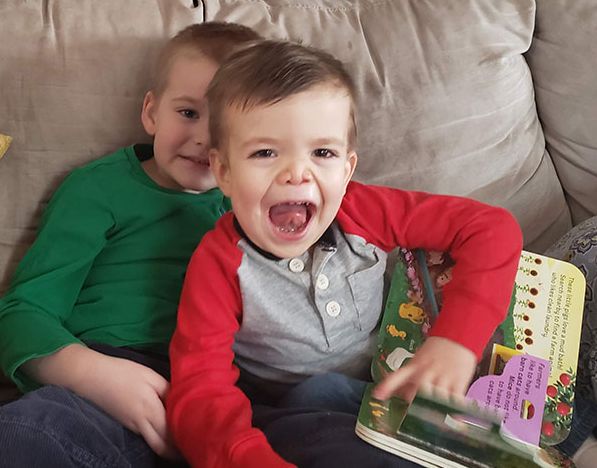 Charlie was born with X-linked chondrodysplasia punctata 1, known as CDPX1, an extremely rare condition that affects bone and cartilage development. With a feeding tube delivering nutrition to his stomach and a brace prevented permanent paralysis, Charlie wasn’t expected to ever leave the hospital. Initially, the custom body brace he wore was supposed to be a temporary fix until he could have surgery, but it ended up enabling his body to heal on its own. 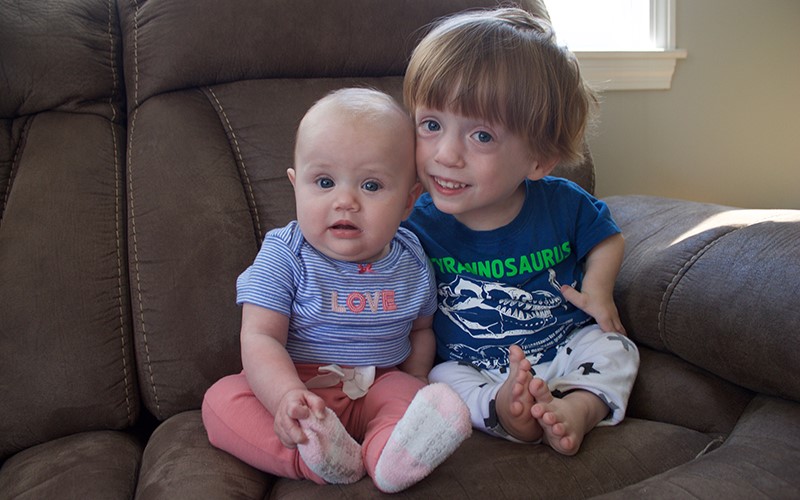 Gavin was born with diastrophic dysplasia, a disorder of bone and cartilage that results in very short arms and legs. In addition to his small stature, Gavin had a severe spinal curve and two clubfeet. Before being fitted with a custom brace, Gavin couldn’t even sit up without support. With the back brace and ankle foot orthotics (AFOs), Gavin is now able sit on his own, and even walk with a walker. 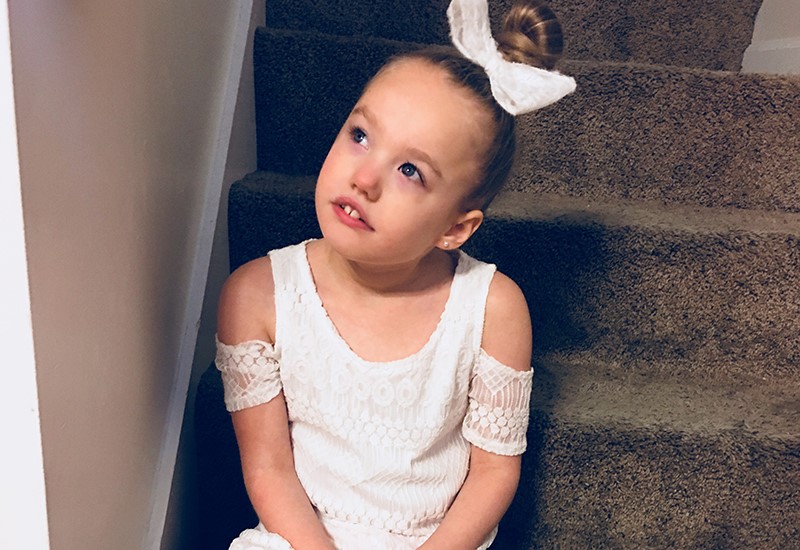 When she was 1, Kaylin was diagnosed with optic nerve hypoplasia (ONH), a congenital condition characterized by the underdevelopment of the optic nerve. Kaylin’s vision was only slightly affected, but she had severe physical delays and trouble with even basic movements like walking and feeding herself. After being fitted with a Dynamic Movement Orthosis body suit from Boston O&P, Kaylin is now able to walk on her own. 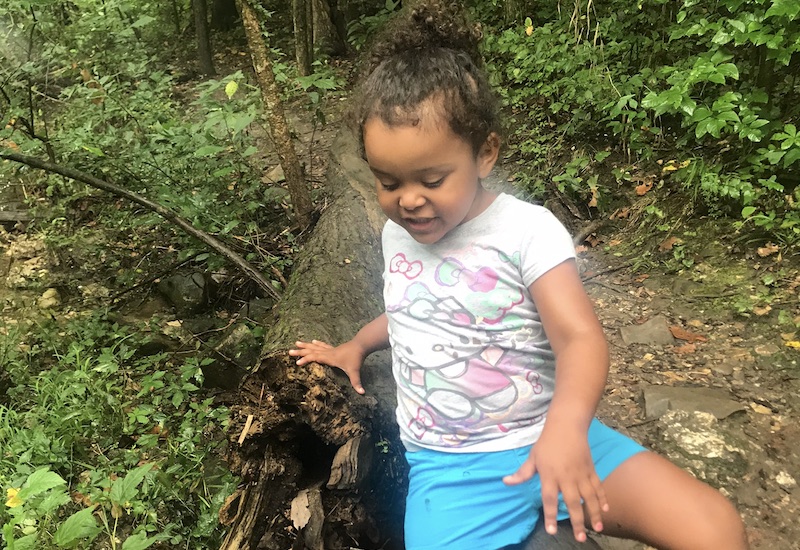 When she was 2 years old, Emily’s parents had their first clue that she was different—she was walking on her toes. A visit to a neurologist yielded a diagnosis—autism spectrum disorder, for which toe-walking is a common symptom. After being referred to Boston O&P, Emily was fitted for custom ankle foot orthoses (AFOs). To soothe her during the fitting process, her clinician, Brad Varney, CO, sang songs. “With specialists, you don't necessarily expect them to understand a kid who has autism,” says Emily’s mom, Amanda, “but Brad does.” Emily continues to improve, and she sees Varney regularly for fittings and adjustments. “She and Brad are old friends now,” says Amanda. “She connects, looks him in the eyes, because she knows he cares.” 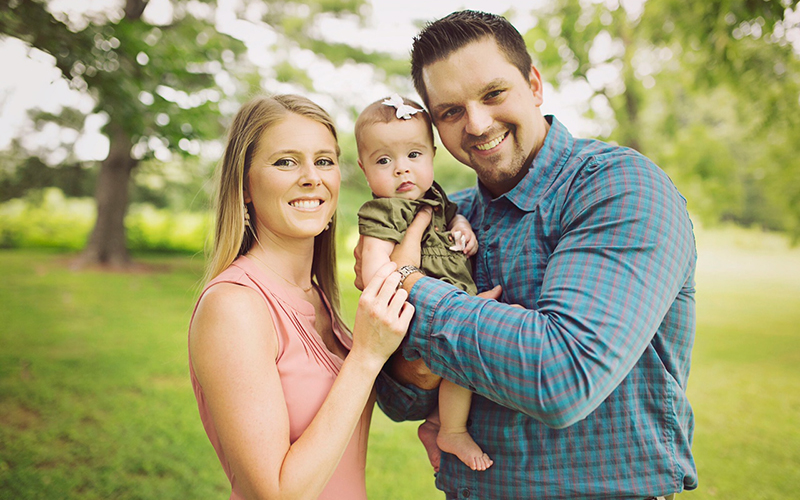 When she was still in utero, doctors discovered that Hailey Walley had an omphalocele—a birth defect in which internal organs protrude outside the body covered only by a thin sac.

She needed closure surgery, but until then, she needed a way to protect the omphalocele from rupture.

Hailey’s doctor asked Bulow Orthotic & Prosthetic Solutions in Tennessee if they could create a protective shell for Hailey. That company reached out to Boston Orthotics & Prosthetics, which had previously made a brace for a patient with an omphalocele, and the two collaborated on the design and fabrication of a “omphalocele compression orthosis”—a rigid, turtle-shell-shaped foam brace with a plastic base that wraps around the baby, compressing and holding the omphalocele in place.

Thanks to the brace, the omphalocele was reduced and Hailey's corrective surgery was scheduled. 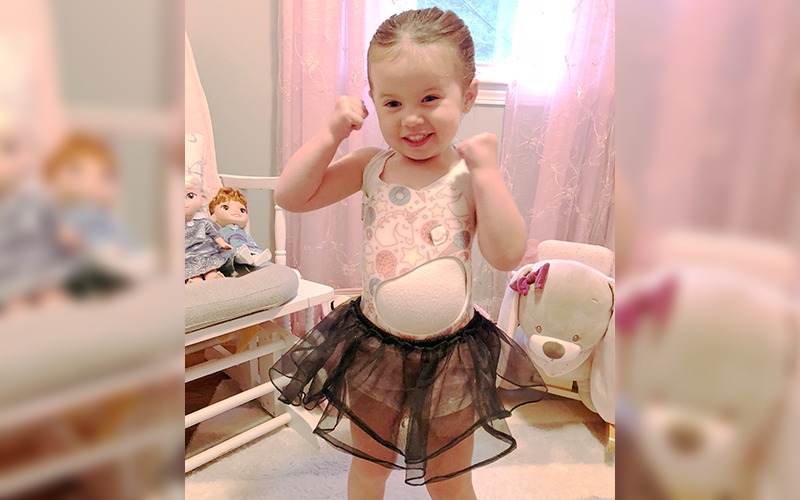 When Shauna noticed a bump on her 9-month-old daughter’s shoulder blade, she never imagined it was infantile scoliosis—a rare condition that accounts for less than 1% of all idiopathic scoliosis diagnoses. Kelsey was fitted with a Boston Brace 3D to halt the progression of the curve. Kelsey’s brace needed numerous adjustments to accommodate her growth and make her more comfortable, and after more than a year wearing the brace, her results of her in-brace X-rays shows a straight spine.

At Boston O&P, “we’ve grown accustomed to finding solutions for complex problems,” says Rusty Miller, CPO, Boston O&P vice president and clinical director of the New England Area Clinics, who worked with Gavin, Charlie, and Kelsey. “We are always going to try to develop a solution to improve a child's well-being, even if the problem is a challenging one and there is no obvious solution.”